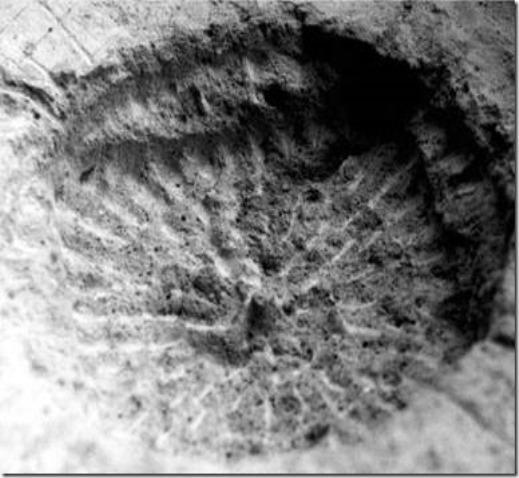 Currently, at open mining more than 80 percents from the volume of rock mass are developed by drilling and blasting operations (DBO), which predetermine of the effectiveness of all subsequent processes for extraction and processing of minerals. In large open-cast mines DBO costs are up to 25-30 percents from the total cost of production and it’s expected to increase with the deepening of mining operations. At the current time there are urgent tasks of the DBO: 1. Reduction of the specific charge of high explosive (HE). 2. Ensuring the quality of the established rock crushing. 3. Increasing the productivity of the drilling equipment. Reducing of the charge of explosives can be achieved in several ways, namely: 1. Increasing in the borehole grid of explosive field; 2. Using another explosive with high value brisance. Both of these methods lead to deterioration of crushing rock, and the second method leads to an increase in cost of explosives. Therefore, there are many ways to some extent a compromise solution of these problems. A team of scientists from the Kuzbass found one of those trade-offs, which is the use of blast holes with square cross-section [1]. Laboratory tests were carried out on three types of blasting holes: triangular, square and round cross-section of it. As a result, the optimum particle size of distribution of the blown unit was observed using boreholes with a square cross-section. Small yield of larger fractions indicates of best split materials [2]. In addition to laboratory tests the simulation of the explosion in the mountain range by the static loading of the walls well with a square and circular cross-section was made. Calculations were performed in the software package «T-flex analysis.» In the first case was seen loading the round holes with a diameter of 200 mm with an explosive grid 5×6 meters. In the second case is similar process with the size of 190mm square wells and explosive mesh 5,5h6 meters [3]. Based on the above studies-application-set square boreholes can on 10 percents: 1. increase the blasted rock mass; 2. increase the output of mined rock with a hole one meter; 3. increase the size of borehole grid; 4. reduce the consumption of explosives during blasting; 5. reduce the amount of drilling. Because by holes with square cross-section are obtained such results, it was necessary to make the development of the tool [4]. For the prototype was taken series roller cone drill bit. Based on mathematical modeling was developed a unique form of cone through which the process of forming the hole with a square cross-section. It was made a laboratory prototype of the two-cone bit with single-cone rolling cutter (Fig. 1). 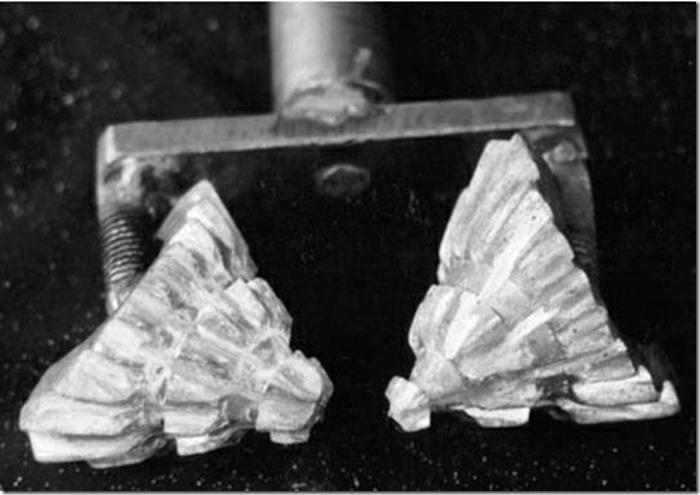 Fig. 1. The prototype of a rock bit for drilling a borehole with a square cross-section.

The test (Fig. 2), proved the possibility of forming of square cross-section of the borehole with the help of cutters with different length of the cone, was produced. 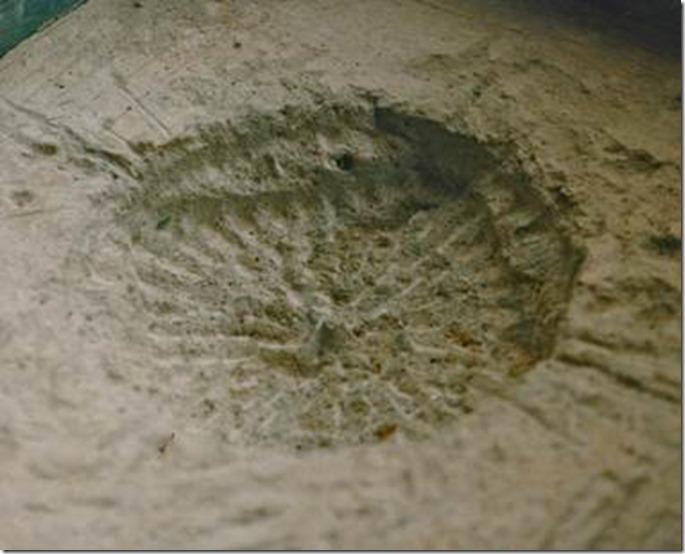 Fig. 2. The bottom of the borehole with a square cross-section.

Roller cones forming a non-circular cross-section are smaller in diameter and operate in more severe conditions. To improve the centering of the bit during drilling, and reducing the load on the cutter, which perform shaping of drilling tool should be used in the form of roller cone bits and the expander (Fig. 3) in conjunction with advancing roller bits. Collapsible design reamer, with the ability to service and maintainability, and will increase the tool life. 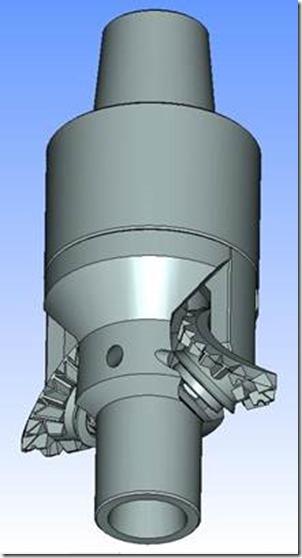 The result of the work was to obtain a new type of tool that can be used to obtain the borehole with square cross-section. This tool is called – «Boring tool of Bogomolov». The range of modifications of developed tools: 1. Cutting-roller cone bits for the strength of the rocks on 6-9 of Protodyakonov’s scale; 2. Tricone bit for rock strength on 9-16 of Protodyakonov’s scale; 3. The two-cone expanders for the strength of rocks on 9-16 of Protodyakonov’s scale. Advantages of the tool’s design for drilling of boreholes with square cross-section are: — there are no analogues in the world of mechanical drilling of such boreholes for conditions of open-cast mines; — field of application covers of large part of the spectrum of drilled rock strength in conditions of open-cast mines; — this tool can be equipped with the most common domestic and foreign roller cone machines for drilling with purge as used rotary drilling method. The advantage of using of the tool’s design is to expand the possibilities of increasing the efficiency of the explosion in order to reduce the cost of drilling and blasting operations, and environmental pollution. A feasibility calculations based on the use of the drilling tool indicates the possibility of reducing the monthly cost of an explosive 10 percents and to achieve an annual economic impact in the operation of a drilling rig to about $ 138,340. For the industrial development of this type of tool is required, we have an additional investment of $ 1.2 million [5]. Aimed at the industrial application of «Boring tool of Bogomolov» and obtain the following results: 1. Mining companies will have an innovative tool that will reduce the cost of mining. 2. Manufacturers will receive a product that will be in strong demand.